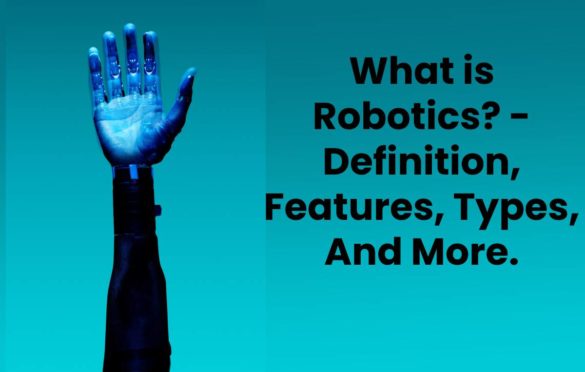 What is Robotics? – Definition, Features, Types, And More. 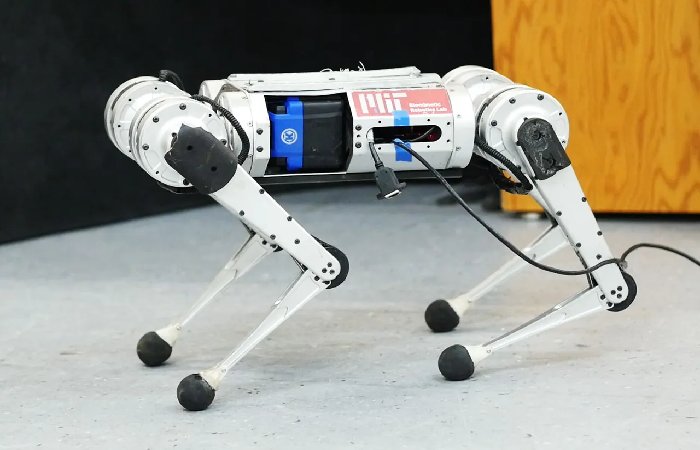 For decades robots have been inserted in different areas of our culture and society. In the movies, we have seen them in epic robot movies like Terminator, Yo Robot, and of course, Transformers, which together with Mazinger Z were those legendary Japanese robot cartoons that accompanied us in childhood. The past was fiction, and in the present, we find ourselves surrounded by different types of robots that offer us an exciting future.

The introduction of robots in practically all areas of society is advancing rapidly. A select group of countries leads to the installation of robots worldwide, and they are the United States, China, Japan, South Korea, and Germany.

Their main objective is to lower production costs. Although we only saw them in the industrial sector automating jobs until a few years ago, now we also enjoy robots in hotels, bars, banks, medical consultations, acting as policemen, or in natural disasters.

Also read:What is a Computer Network? Definition, Structure, and More

We can define the meaning of robotics as a science that brings together several technological branches or disciplines to design robotic machines capable of performing automated tasks or simulating human or animal behavior, depending on its software’s capacity.

What is the Robotics Engineering? And What does Mechatronics Consist?

For the design of a robot, mechatronic engineering is used, which is composed of various sciences, such as mechanics, electronics, control, information technology, and computing. All these specialties make up robotic or mechatronic engineering, and to them, we must add other branches such as algebra, automata, or state machines.

These fundamentals remain associated in parallel with other scientific branches, such as Artificial Intelligence or Artificial Vision.

History of Robots and Origin of the First Automata

If we summarize the origin and History of Robots, the first attempts to represent people employing machines remains found in Ancient Greece. In that period, the first robots were called automata, one of them being the one made by Heron of Alexandria in 85 BC.

The etymology of the term or the word robot concept remained coined by a Czech writer named Karel Capek in 1920. It was part of the name of a play he had created called RUR (Rossum’s Universal Robots). It dealt with a company that manufactured artificial humans to avoid overwork of workers in factories. The word Robot comes from Robbota, which in Czech means forced labor or servitude.

Among the ancient robots of the last century, we have to remember the Elektro robot presented in 1937, also known as ” the first robot in history. ” It was a 2 m tall, 120 kg humanoid robot that was capable of walking and saying 700 words

The person who created the first industrial robot was George Charles Devol, and for this, he remains noted as the inventor of robotics and the creator of the first robots. Born in Kentucky in 1912, George Devol was an American inventor who remained noted for his intelligence from a young age.

George Devol developed the first programmable machine in history in 1948 and remained characterized by being easy to use and to adapt to needs. It would be the basis for developing programmable robots that he would later manufacture together with Joseph Engelberger in his robotics company.

The Three Laws of Robotics

Later, Isaac Asimov would be the one who defined the science that is responsible for studying and designing robots as robotics. He was the one who coined the ” Three Laws of Robotics ” for his science fiction novels, which remained summarized as:

Types of Robots that exist and how they are classified today

It has mechanical arms with different axes, which can be mobile or fixed.

They are social robots and can be humanoid, zoomorphic, or zoomorphic and mobile. They remain intended for sectors such as health, leisure, or military defense, among others.

Thes are robots that, due to their small size, have been created to perform scientific functions.

A little later, we delve into the information on the different types of robots that exist, such as butler robots, educational robots, agricultural robots, collaborative robots or cobots for the automation of the industry, cooking robots, etc

We can also classify robots by their characteristics and their technical capabilities. And we are not only talking about their ability to move but because of the type of programming and level of intelligence they have. Here we must differentiate them from chatbots since a talking bot is a virtual robot in software.

The development of Artificial Intelligence Neural Network Algorithms is revolutionizing robotics through large-scale data processing. It has provided endless possibilities in the evolution of robotics. Just remember the names of humanoid robots such as Sophia, Thespian, and Ibuki that stand out for their ability to interact and the level of intelligence they possess.

One of the immense robotics efforts remains focused on researching how to improve the interaction between people androids. We see how private companies and universities, such as the UPV / EHU, seek that the movements of robots increasingly resemble humans.

Advantages and Disadvantages of Robotics

The latest advances in robotic engineering have made it possible to implement them in any workplace. They are especially interesting for lowering production costs. Still, they also allow them to be used in places of risk or generate muscle overloads for operators, which reduces sick leave and accidents.

Another characteristic of robots is that they work with a precision that is not altered by fatigue, sleep, work shifts, or illnesses. But it is also that they do not need vacations or “for the moment” taxes must remain paid for them.

While it is true that industrial robots can work 24/7, just like an operator, robots need preventive and palliative maintenance.

The biggest drawback of the implantation of robotic devices in the workplace is that it will continue to cause massive job destruction over the next decade, mainly in the industrial and service sectors. It is undoubtedly a complicated reality to hide, although it is just as evident that millions of new jobs will remain generated around robotics.

What is Robotics for, and where is a Robot Used?

The progress of robotics is unstoppable, allowing it to remain used in virtually every workplace, from the industrial, service, and surgical sectors to aerospace, among many others. By offering a wide range of solutions, each of these areas requires its corresponding robotic features. It is enough to remember that an intelligent butler’s technology is different from that of combat robot design.

If you want to know what robotics is for and how research robots work, then we list and later detail some of the sectors in which robots are gaining more prominence:

What are Automation and industrial Robotics?

Industrial robotics refers to robots intended for the automation of manufacturing processes within the industrial sector. These robotic devices have remained implanted in assembly lines for more than four decades. However, it has been in recent years that they have experienced a significant advance in their benefits. Thanks to the innovations produced in similar technologies and at the same time associated with robotics. Such as Artificial Intelligence and Artificial Vision.

They remain designed to perform tasks of all kinds of complexity. They are lovely when it comes to performing repetitive and strenuous activities and dangerous jobs for humans. All the work they do remains done without feeling resentful due to lack of sleep, illness, or fatigue.

One of their peculiarities is that they have multiple arms and axes on which they can rotate. Which allows them to be very versatile. They can weld, assembling, assembling, adjusting, placing parts, making three-dimensional maps of regions, radiographing welds, transporting and stacking material. And so on up to a myriad of functionalities.

Suppose the global economy does not stagnate due to the current trade war between the United States and China. In that case, the International Federation of Robotics predicts that. By 2021, there will be 130 robots per 100,000 inhabitants in China.

There are mainly two types of industrial robots:

Industrial robots remain characterized by their large dimensions, their strength, and their robustness. We usually find them on assembly lines in the automotive sector or warehouses. And one of their main features is that they are not prepared to work in the workplace with humans. As a security measure, they work in fenced environments, and in the presence of humans. The assembly line incorporates mechanisms with which it stops automatically.

Many companies design and market this type of robots worldwide, some of the most prestigious being Kuka, Yaskawa, and Kawasaki.

The Cobots name comes from the wordplay “collaborative robots. ” It refers to small industrial robots that have remained designed to be able to work in a factory within an environment surrounded by humans.

These devices have sensors installed that detect our presence in a 360º field. Furthermore, R&D has made it possible to design claws with little pressure to avoid entrapment risk.

One of the industry’s significant challenges is to make these robotic devices capable of fully coexisting. With humans in the workplace. The development of this technology has made it possible to achieve this in the last decade, with many companies offering this type of solution.

The companies that install robots and that, in turn, are the essential Cobots manufacturers worldwide are:

Collaborative robots remain characterized by having smaller dimensions than industrial robots. They stand out for their versatility, low cost, and how easy they are to program.

Practically all industrial robot software has built-in programming with 3D interfaces. So that programming a set of movements is a quick, intuitive, and straightforward task for a professional.

Some of the most relevant collaborative robot manufacturers worldwide. Are the all-powerful Universal Robots, the German company ABB, the creator of Yumi, and Kawada Robotics. Which is the company that designed the excellent robot called Nextage.