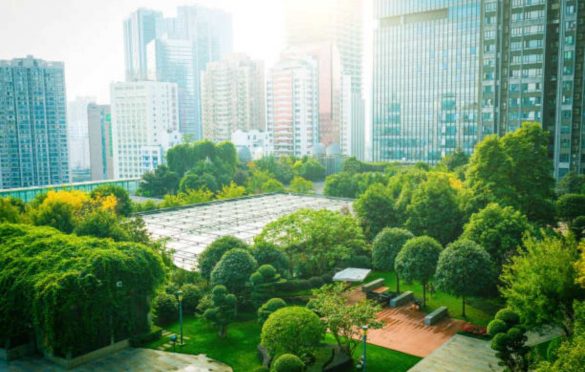 Why Are Many Countries Investing In The Cities Of The Future?

Future cities will be very different from the ones we see today. In the works, you’ll find a wide variety of unique designs, all of which are aimed at benefiting human well-being and the environment. Many world leaders now advocate “building back better,” a term that acknowledges that business as usual (BAU) is no longer tenable.

We’re going to see a lot more modular skyscrapers and other structures in the future. Building modules off-site and then transporting them to the construction site for assembly is an emerging trend in construction techniques now employed primarily in small construction projects and homes. Modular construction, on the other hand, is considered the future of skyscrapers and cities because of its minimal environmental effect.

Prefabricated modules are utilised to build modular skyscrapers that are environmentally friendly because of the eco-friendlier materials used. Besides, when the modules arrive at the construction site, they are quickly assembled by the construction crew. Using this construction technology, projects may be completed faster than traditional methods and with less waste than in the past.

According to analysts, 70 percent of the world’s population will live in cities by 2030. Unless city planners and officials come up with more sustainable solutions to pollution and carbon emissions, the issue of growing populations will continue to add pressure to CO2 emissions. However, green building approaches like net-zero energy buildings provide an alternative to conventional construction processes that are more ecologically beneficial.

Net-zero building is the goal of countries that signed the Paris Climate Agreement, which aims to keep global warming below 2 degrees Celsius by 2050. Building net-zero energy commercial and residential properties with renewable energy sources and solely utilising energy generated on-site may be an option for developing communities to achieve this goal.

Roads that are smart and safe

The road system has remained mostly unchanged over the previous few decades. As electric vehicles and self-driving vehicles are incrementally being introduced, our highways and roads will need to be renovated to accommodate them.

Many countries and companies are increasingly making investments in roadway efficiency, safety, and sustainability technologies. Some of the technologies that can make a road “smart” include weather-sensitive paint and electric vehicle charging highways. Artificial intelligence (AI) may also be used on smart roadways to better regulate traffic signals and reduce congestion.

The use of public transportation is encouraged.

Having a long-term perspective

Trends in urban planning shift in tandem with the growth and change of cities. City planners are constantly on the lookout for new ways to update antiquated systems because what works now may not work in the next several decades.

The following are three city planning trends to keep an eye on soon:

Climate change and now the COVID-19 epidemic have given fifteen-minute city ideas a boost among urban planners across the world. So if you live in a 15-minute city, you’ll be able to walk or ride your bike to most destinations, including work and leisure activities, in under 15 minutes. Having most of what you will need within just 15 minutes makes a lot of sense in a world trying to adapt to energy efficiency and sound environmental policies.

Even though the concept of a “15-minute city” has been around for a long time, it was established in Paris, a city known for its fast-paced energy and spirit. To emphasise Paris’ commitment to the concept found within its borders, the mayor of Paris has appointed a 15-minute city commissioner and prioritised it for future urban planning efforts.

Due to the rise of virtual and flexible working styles, 15-minute cities are becoming progressively popular worldwide. Moreover, as people start to spend more time in their neighborhoods, the demand for neighbourhoods with a wider range of businesses and public facilities will continue to rise.

There are fewer chronic illnesses and greater life expectancies among people who live in blue zones than in other regions of the world. To achieve the phenomenal success that blue zones have enjoyed, Buettner has identified four fundamental aspects that might be included in the design and planning of future cities. Walking zones and public meeting areas that are free of traffic are examples of ways to apply the “moving more” or “be active” principle.

Eco-districts are places or regions in which sustainable development and energy management are emphasised to minimise their environmental impact. With the aim of enhancing the quality of life for their residents, eco-districts, much like blue zones, are designed to provide a diversity of social situations. Building materials made from renewable or recycled resources, recycled rainwater, environmentally friendly transportation, and improved waste management systems all play a role in achieving this.

Eco-districts are gaining momentum in Europe, with Sweden and France leading the charge. Paris is thought to have four eco-districts, and more are planned soon. During the winter, the HammarbySjostad eco-district in Sweden uses biofuel, combustible trash, and treated water heating systems to keep people warm when it turns cold.

If mankind is serious about dealing with huge issues like climate change and ecological overshoot, the future city will have to be sustainable and more in sync with the preservation of natural resources and reducing pollution waste. Ideas are only as good as their implementation and seeing eco-friendly city ideas coming to fruition all around the world is an encouraging sign for the future of cities.

Review Why Are Many Countries Investing In The Cities Of The Future?. Cancel reply